Christmas Ads: The Good and the Bad

‘Tis the season of great advertising. Yes, while it might have recently turned the 1st December, it would seem that the yuletide cheer has been firmly etched in our minds for weeks now thanks to the customary tranche of festive advertising designed to stir up our seasonal sentiments in the Christmas run-up.

But, as always, the big question is – which is the best Christmas advert of 2019?

1. Edgar has the Edge
And the resounding Whistle vote, of course, goes to those clever folks at John Lewis and Waitrose. Following 2018’s disappointingly mediocre Elton John tribute, this year’s enchanting story of Excitable Edgar, an exuberant young dragon who struggles to contain his excitement around the festivities sees the nation’s festive ad favourite back on fine form.

While the story itself is beautifully simple, the execution is masterful in the way it lights up the screen and pulls at the heart strings. The toothy, hapless dragon mascot is utterly adorable, the Dickensian setting is enchanting and the final resolve centred on the prevalence of true friendship is sweetly satisfying. Add to this the husky reimaging of REO Speedwagon’s ‘Can’t Fight this Feeling’ as the soundtrack and you’d have to have a heart made of stone not to feel a little bit gooey inside.

The only questions begs – are we too old to have an Edgar cuddly toy?

2. Rooting for Kevin
Coming a close second we have Aldi and its ingenious ‘Leafy Blinders’ advert. Hot on the heels of last year’s Kevin the Carrot, 2019 sees everyone’s favourite animated root vegetable back on fighting form. This time he’s tasked with escaping the clutches of a very angry pack of Brussel sprouts, aptly named the ‘Leafy Blinders’, before going on to perform in his very own ‘Greatest Showman’ inspired show complete with a Robbie Williams score.
Okay, so it’s all a bit random – I mean a gang of brussel sprouts, dressed as peaky blinders with thick Brummie accents??? However, against the backdrop of tear-jerking festive overload it works to cut through and provides welcome comic relief – and we love it.

3. Crisp-ness
Okay, so it’s not exactly innovative and the storyline is wanting, but we can’t help but give a nod to this year’s Walkers offering just for the silliness of it all. I mean, to base a whole Christmas advert around Mariah Carey fighting over a ‘pigs in blankets’ flavoured packet of crisps. Really? To us, it screams of ‘let’s just pay a mega star big money without any real concept and hope for the best.’ Problem is, while Mariah was clearly happy to take a chomp of her reported £9million pay cheque whether she has ever actually eaten a crisp before (did you see that bite?) is another matter. Still, makes us chuckle.

Further highlights include Sainsbury’s ‘Nicholas the Sweep’, a beautifully masterminded appropriation of St Nicholas and the orange clearly so on brand, and Boots’ Boutiques just for the expected feel-good factor and top-notch strapline, ‘Give Like you Get Them.’ Now we could go on but it’s really probably time to get off YouTube (all in the name of research of course) and get on with some work …. okay, well maybe we should watch Excitable Edgar just one more time…

Want to know more about the art of storytelling from a PR perspective? Read my blog on the Power of the story in public relations campaigns.

Lyndsey Trengrove is a Senior Account Director at Whistle PR which offers a range of integrated communications services including strategic consultancy, PR, social media and internal communications. For further information email info@whistlepr.co.uk or contact us here.

Images: courtesy of The Metro and The Daily Mail 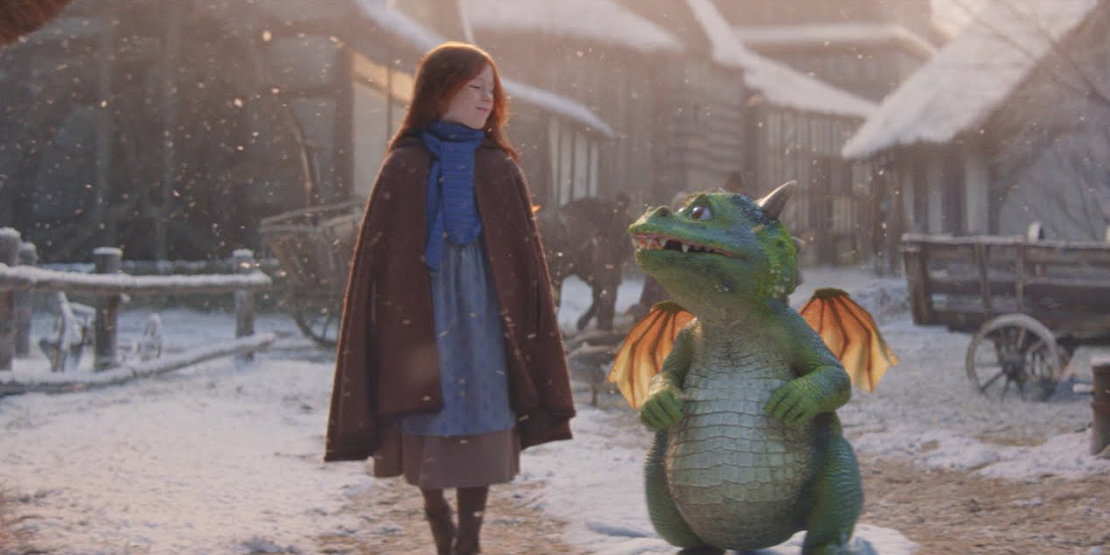